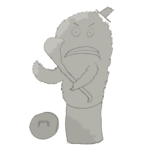 On November 11th, the Panthers and Nutmeggers played out a preview of the first-ever Indoor League Final. Having both already secured their position in the campaign’s ultimate match, the dead rubber game provided each side with one last opportunity to test out each other’s strategies and suss out the weak areas.

With nothing to lose, the sides began the match with numerous back and forth runs designed to create plenty of shots. Panthers’ captain Sean opened scoring directly off the throw-in, punching a shot in from just off the far wall. After 5 minutes gone, Sean, Aaron, Lawrence, and John had all opened up their scoring tallies for the night – Panthers 5, Nutmeggers 4. The middle of the first period kept coming up Panthers, with their 10-5 lead starting to resemble a first-match repeat. However, a surge in the period’s last 2 minutes saw the contest paused at Panthers 12, Nutmeggers 9 heading into the intermission.

The Nutmeggers started the second period strongly by steadily chipping away at the Panthers’ lead. Scores from Chris, Nic, and John cut the deficit to 1 with 9:30 remaining before Leon buried a close-range effort to stall the Nutmeggers’ grind – Panthers 16, Nutmeggers 14. Aaron’s deep shot threat began to emerge more for the Panthers starting around halfway through Period 2. A “chop” from Nic presented the Panthers with the power play as a means to extend the lead. The Nutmeggers successfully defended all but one shot on the kill and struck back a goal of their own. Despite their press, the Nutmeggers could not shorten the gap. Panthers 23, Nutmeggers 21.

The final period started with the Nutmeggers on the power play after a hit by Pat (picked up for the Panthers off the waiver wire) was deemed to be 2 minutes in the box. The player advantage helped the spicy side tie the score up at 23. From there, neither team managed to pull away. With 5 minutes remaining in the game, the Nutmeggers and Panthers had inched their way to 28 a piece. Late goals by Leon and Panthers-pickup Pat ensured that the undefeated side remained so after edging out the contest in the final minutes. Final score: Panthers 34, Nutmeggers 32.

This week’s match bore all the makings of an Indoor classic, as the Lumberjacks took on the Panthers in their final 2018 league match. The Lumberjacks faced a must-win scenario, having to fell their undefeated opponents. Otherwise, their chances of clearing their way to that prized Final spot would fade into the firs. Heightening the evening’s drama, the Lumberjacks took to the green stage with an iron-athlete contingent of 4 players, no subs.

The first period saw steady scoring between both teams, with neither team gaining a lead beyond 2 goals. Despite the steady scores, there seemed to be a feeling that the game hadn’t quite opened up yet, as neither team committed to all-out attacking effort. With the Final on the line and closely monitoring fitness levels, the Lumberjacks seemed to take careful shots and slow down the ball’s return.

By the 13th minute, Nash’s took the top spot on the defensive actions leaderboard and finished with 7 on the night (current league-leader at 19). The Panthers were content not to open the match up too much, but kept the scoreboard climbing with steady shooting from emerging scorer Leon supported by Sean’s deep runs and consistent point production. Panthers’ Captain Sean has been steadily putting up high scoring numbers (51 in 3 games), ensuring his team threatens with a continuous attacking rhythm. At the end of the first, the Lumberjacks held a 2 score lead, 13-11.

The second period started hot and heavy as the match’s importance began to drive play with a greater intensity, which continued throughout the remainder of the match. Both teams sought to impose themselves in the second period, pressing higher in numbers. However, strong defensive showings from both sides kept the scoring at it’s steady, simmering pace.

The Lumberjacks’ characteristic defense was on display again. Kevin took his season total to a surely-unassailable, league-leading 112 saves while Mikki and Nash recorded a number of defensive actions – and the latter breaking the duck with his first goal. Meanwhile, Clint continued his free-scoring habits with a second 25-goal game, back-to-back on his way to a 79-point season.

The purple Panthers’ pounced at the plaid palisades, however, with 91 recorded shots of pelted plastic on the night. With just over 2 shots per minute, the Home side peppered their prey with persistently punching paws. Sean (20), Leon (7), and Aaron (4) combined for a total of 31 goals on the night. Aaron also nearly doubled his season’s save tally with 24 shots stopped and provided consistent runs out the back to draw defenders before offloading with a quick handpass. Ciaran broke another duck with his first two goals as well, while Lawrence kept the Lumberjack defense busy with a well-rounded performance of 1 goal, 4 assists, and 3 defensive actions from a largely midfield role.

The Panthers successfully fought off a Lumberjack power play that started with about 7 minutes remaining, scoring 2 shorthanded goals in the process. Clint responded by pulling off a backhanded, goalline save before making a deep run and banking a shot off the roof of the goal to tie the match at 21 with just under 3 minutes to go. The second period ended 25-22, Panthers in front.

Feeling the match’s mental and physical demands, the sides entered the final 15 minutes knowing everything had to be left on the field. The arena was thick with tension, only a thin margin separating the two teams. It was do-or-die Hurling for the Lumberjacks, who needed to take and hold the lead without expending too much energy trying to get there.

With 12 minutes to go, Aaron tripped and brought down Clint to get sent to the box for 2 minutes. The Panthers managed another shorthanded goal defending the player-advantage to tie the Nutmeggers’ penalty kill at 3 a piece on the season. Between the penalty, a flurry of quick scores shortly after, and a pair of goals by Clint with around 6 minutes remaining, the Lumberjacks brought the match within 1 point (29-28). As the clock wound down, the match’s intensity continued to rise. With just under a minute remaining, the Lumberjacks were only down by 2. Would they repeat last week’s dying seconds comeback? The Panthers saw to it that the fairy-tale ending wasn’t in the cards, finalizing the victory with a 34-31 scoreline to pick up their 3rd win of the season.

In two weeks, the Nutmeggers and Panthers will test each other in their final league match, before one last contest for the Tacoma Hounds’ first Indoor League Title. Don’t miss the Indoor action as we approach the 2018 Final on November 14th!