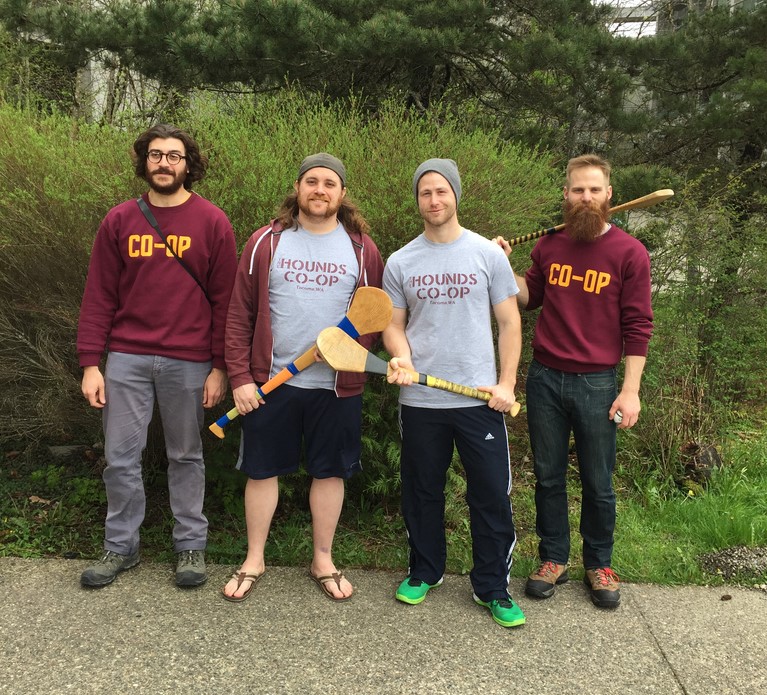 Over the weekend, the Hounds spent some time down at the Sean-nós Festival held in Olympia on The Evergreen State College’s campus. While there to put on a quick hurling demonstration, we were able to mingle with some of the other festival-goers. We’ll have to practice to keep from butchering them, but we tried to pick up a few phrases for when we send a couple Co-op members to Ireland in June.

Hosted annually by the Irish Cultural Society of the Pacific Northwest, the Sean-nós Northwest Festival celebrates and promotes three aspects of traditional Irish culture: singing, dancing, and the Irish language, otherwise known as Gaeilge. These cultural treasures are incredibly rare to find anywhere outside of Ireland.

Catch us again next year at 2019’s festival!