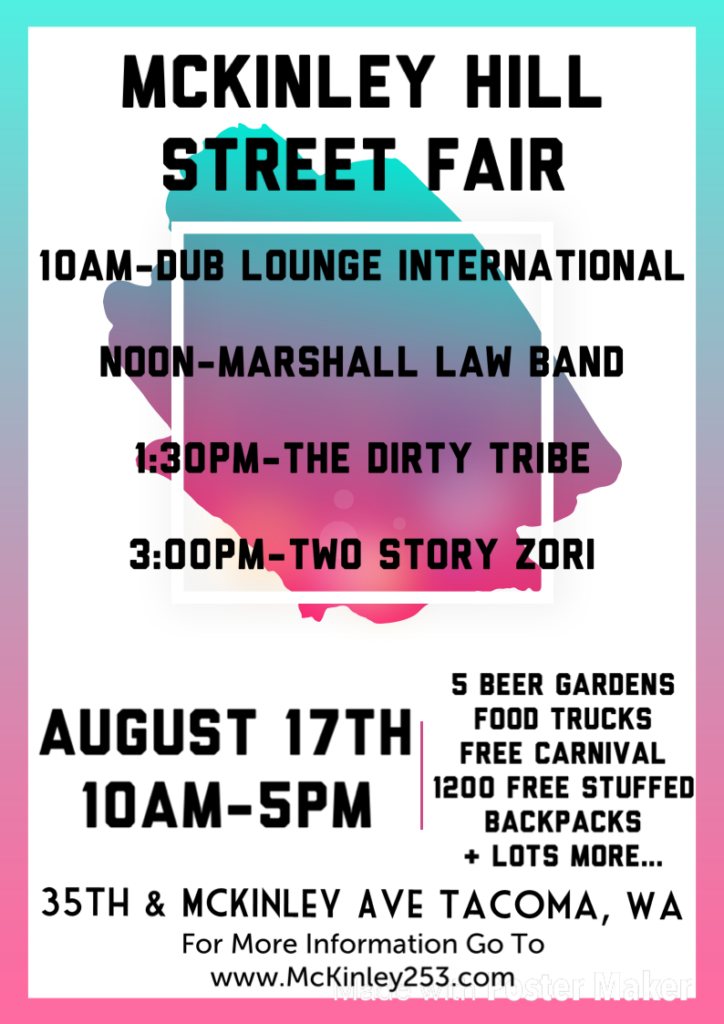 On Saturday, 8/17, the Tacoma Hounds’ “street team” was on the scene at the McKinley Hill Street Fair. The event was a super cool community event we were proud to be a part of.

The crowds started rolling in around 10 am along McKinley and 35th, with the Tacoma Hounds’ booth set up in a prime spot near J.J’s Deli. An inventive, DIY solution flew the club’s banner high with some PVC for all to see.

Some small stickwork and handpassing were on display, though the crowds made it tough to bust out the fancier moves. However, a collection of equipment and some Hurling footage served as explanatory aids. There’s just something about holding a hurley in your hand that feels right. A few fair-goers admirably tried their hand at soloing despite the passing pedestrians. Around midday, a pair of Hounds stepped out of the booth to donate blood at the mobile station set up just down the way. By the fair’s closing at 5pm, the Hounds filled out 3 sheets of interested new players and supporters.

One of the coolest parts of the day was when Scott and Justin of Grit City Podcast stopped by the booth, giving us the all-too-familiar response of “what the hell is this, we want to know more!” A few minutes later and the Tacoma Hounds were booked for a next-day recording session on the local show.

These guys release an episode every Monday highlighting the business owners, entrepreneurs, authors, artists, and unique characters that call Tacoma home. They love to sit down with Tacomans they feel personify the blue-collar, hard work ethic people associate with “Grit”. We were super proud and excited to be involved and you can check out the episode when it’s available for download on Sept. 2! In the meantime, the live stream recording is up on their youtube channel if you want to stare at 4 ugly mugs only a mother Cerberus could love…