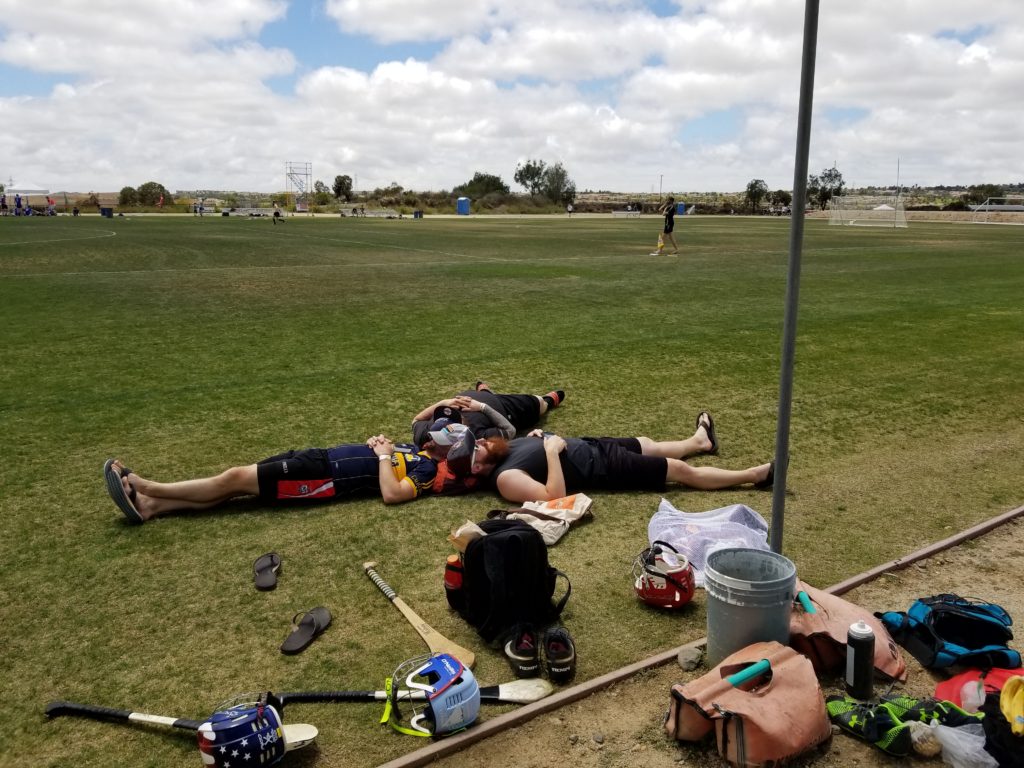 Over Memorial Day Weekend in May, the Hounds traveled down to San Diego to volunteer and help run part of this year’s West Coast 7s competition by coordinating Field 3. The tournament’s group stage began on Saturday (5/26), with the Semi-Final and Final rounds culminating on Sunday (5/27).

On Saturday morning, the Hounds rolled into the Chula Vista Elite Athlete Training Center to confirm their volunteering assignments. The Center is an Olympic-quality facility located just Southeast of San Diego. Team manager (Bainisteoir), Alex Whitney (later crowned the “Best-Dressed Man in the GAA”), was assigned as Field Coordinator for Field 3, with the remaining members acting as “hands-on-deck” for any need that arose. From start to finish, the Co-op oversaw roughly 1/4 of Saturday’s matches – ensuring playing teams and referees arrived on-time to maintain a timely event schedule; confirming umpire and linesmen responsibilities with other teams and consistently filling in throughout the day when those positions were needed; stocking the goals with the awesome, event-specific sliotars; and capped off the day by policing the field to gather up any and all trash in the area – following up on the Co-op’s intent to always leave a location better than we encountered it.

There was one brief concussion scare during an early Gaelic Football match, during which the Hounds provided some of the umpires and linesmen. However, the incident was dealt with quickly as the Co-op volunteers helped clear the field and immediate area, grabbed ice, and provided any other support needed. Event staff soon arrived in a cart to escort the player to the medical area.

After an eventful day at Field 3, the Hounds retired back to the AirBnB rented for the weekend. Taking advantage of the amenities on offer, everyone hopped into the hot tub (team calendar shoot?) before grilling some freshly-prepared, grilled chicken kebabs with some peppers, onions, and red potatoes.

All-in-all, the West Coast 7s tournament proved to be a phenomenal team bonding weekend and a successful first long-distance trip in the club’s history. Everyone who participated enjoyed themselves immensely. Next year, Tacoma Gaelic Athletic Co-op intends to compete for the Junior C trophy in San Diego, with every intention of returning to Grit City with some hard-earned hardware.

It’s never too early to start training for next year!